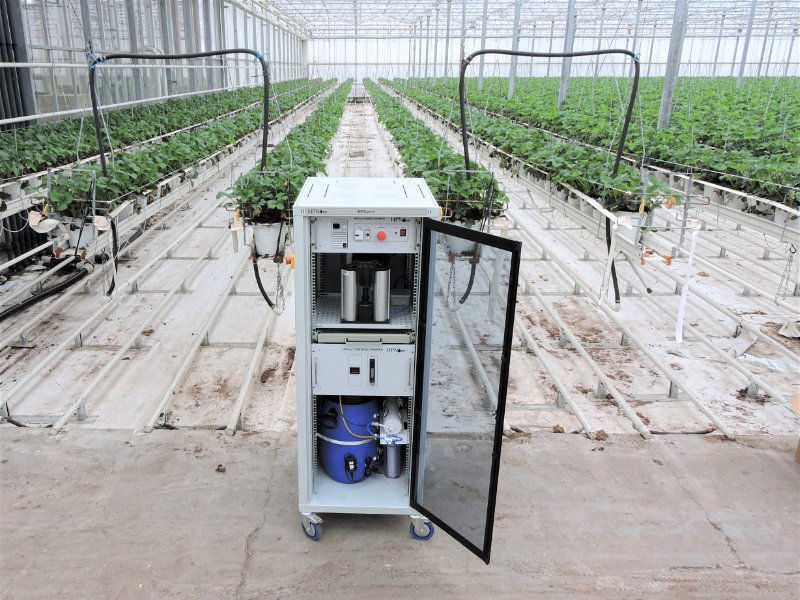 When Ripple Aquaplast signed up to HPNow technology, I don't think we quite realised the interest in this unit would be so great. The patented idea of producing your own H2O2 to control and eliminate pathogens, algae and bioslime as well as oxygenating your crop clearly offers growers something which thy have been looking for.

The control of costs where the initial investment is then only followed by the cost of water and 240v electrical supply (bar the occasional unit service) offers a control on outgoings which is important as every businessman knows. The material produced is safe! Safety of employees is so paramount on today's farms and the HPNow unit gives this security. And the use of H2O2 is well known with its only real downside is the degrading of the product over a relatively short period of time (2 to 3 weeks). But the HPNow unit eliminates this lifespan by allowing growers to produce exactly what they want to use so there is no storage requirement!

The HPNow team are making various visits to the UK in the coming months so get yourself booked in and learn more about this product with real potential. 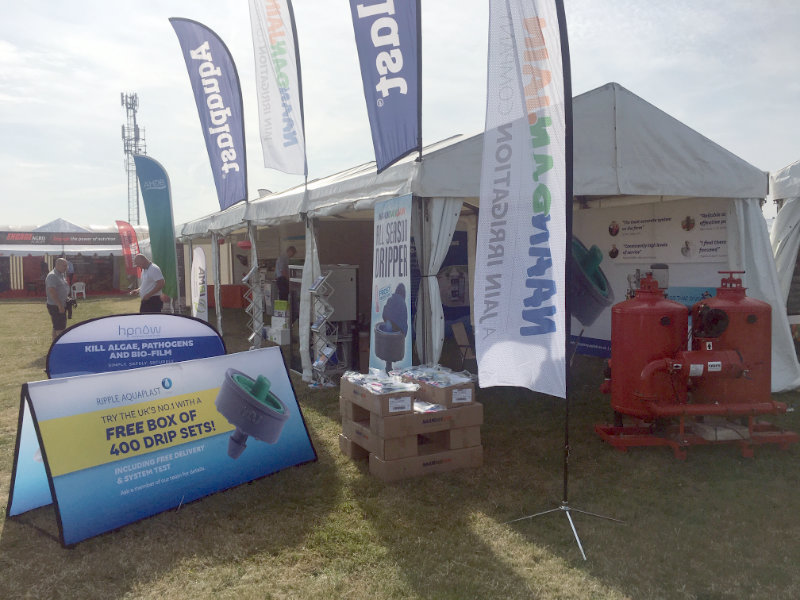 The 2019 Fruit Focus was well organised and well attended. People were in the mood to discuss new ideas and improvements to existing systems. With the political uncertainty in the UK our focus needs to be on doing what we have, but better. Attention to dripper uniformity and longevity is one of the key aspects that Ripple Aquaplast specialise in. With our team working in Scotland as well as the rest of the UK, checking outputs over a period of time is clearly important in producing a consistent crop. No longer can farms just sit back and hope that a 15 year old dripper is going to work as well as it did in year one.

Added to this is the revolutionary HPNow unit which allows H2O2 to be produced on site in safe concentrations - 150ppm - to be injected into the irrigation system at between 2-4ppm. It's so simple and the interest from many growers across the soft fruit market place was much greater than even we thought would happen! We must have at least 20 follow ups to farms who have algae, pathogen or bioslime issues who are looking for a simple, smart and safe solution.

As well as being at the forefront of the industry initiative to replace black plastic pots with a taupe kerbside-recyclable alternative, all the company’s waste which would traditionally have gone to landfill, is now being diverted through other means, including Energy from Waste (where it is burnt at over 850oC to generate heat to produce electricity) and Refuse Derived from Fuel (produced by sorting and processing solid general waste which is shredded and baled up to be used as fuel). Any unburnt waste collects as bottom ash and can be used in recycled building materials. In additional, all emissions from energy-from-waste generation are carefully controlled.

In a statement, Bransford Webbs said that were, “Very proud of their environmental credentials and have achieved the BS8555 accreditation for environmental management for ten consecutive years, having first achieved this important certification back in 2008. Our environmental objectives are reviewed and updated on an annual basis.”

Among other targets, the company has reduced its use of peat, and catches and reuses all the rainwater which falls on the glasshouses and buildings. 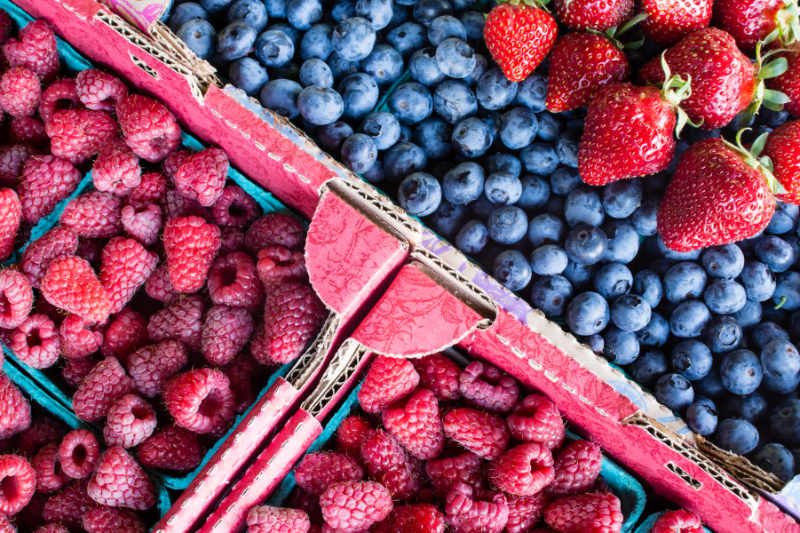 The Fresh Produce Journal reports that consumer demand for soft fruit shows no signs of slowing down after the sector recorded a volume increase of 3.3 per cent last year, while values rose 7.9 per cent.

The article quotes Jo Mumford, business strategy analyst at fruit supplier AG Thames, as saying, “Blueberries and raspberries have featured with ever-increasing frequency in shoppers’ baskets, with the number of purchase occasions being a key driver of change for the berry category. Nearly nine in ten households now buy berries during the course of a year, which continues to show small uplifts as more and more shoppers encounter their benefits.”

However, issues such as labour availability and last year’s hot weather have caused issues for growers, while fierce supermarket competition is putting prices under pressure. While the growth seen in the category is significant, some analysts point out that it is lower than that seen more than a decade ago when the berry craze began.

A revolutionary new product from Ripple Aquaplast from our PVC pipe manufacturers. Offering increased strength and cracking resistance, it allows thinner wall thickness's for the same proven pressure rating. How? It's the unique blend of PVC and PE which takes the best of both worlds. Join together by the fixed rubber ring, you can either use saddles or regular PVC fittings with solvent weld. AquBlu is light in weight so easy to handle.

This pipe is the future of PVC mains. 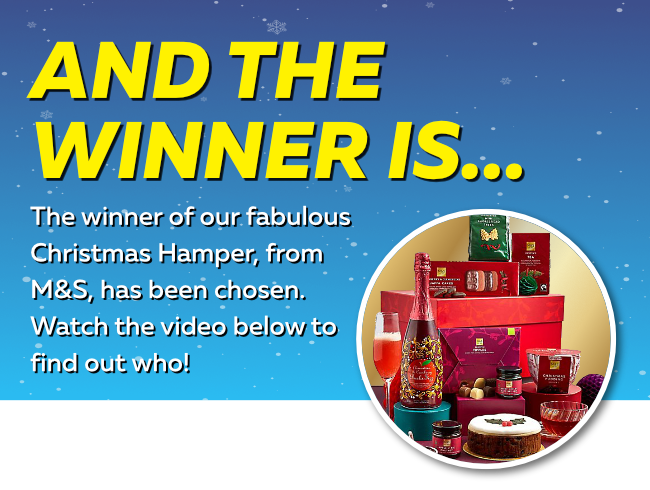 Berry Gardens chief executive Jacqui Green has revealed that the soft- and stonefruit cooperative plans to double its turnover to £700 million by the mid-2020s.

Her comments came during a discussion of the business and the overall industry with FJP editor Michael Barker at the FPJ Live event in Coventry last week. The expansion, which comes along with previously announced plans for new and improved production facilities, is part of the company’s PICK initiative, which stands for People; Innovation; Collaboration and Knowledge.

“We’ve got some really ambitious growth plans, and maybe Brexit might have a big influence on it, but we’re looking to double the size of the business by the mid-2020s,” said Jacqui. “We’d [previously]looked at the future and it wasn’t comfortable. A lot of growth has been grower-driven.”

She added that thanks to their healthy eating message, berries had the potential to compete with unhealthy confectionary and snacks and that this was where she saw most future growth in consumption coming from.

Defra has pledged to maintain current levels of funding for recognised producer organisations (POs) until the end of the current parliament following Brexit.

The announcement means that the government will take over the £35 million of funding, which is currently provided via the EU Fresh Fruit and Veg Scheme until 2022. The funding will continue to be matched by growers in the 33 UK POs.

NFU Horticulture and Potatoes Board chair Ali Capper said that she was delighted by the news, adding it would provide “much needed clarity and certainty for the grower-members of producer organisations which sell 50 per cent of all British fruit and veg.”

Photo Caption: There are 33 producer organisations in the UK. 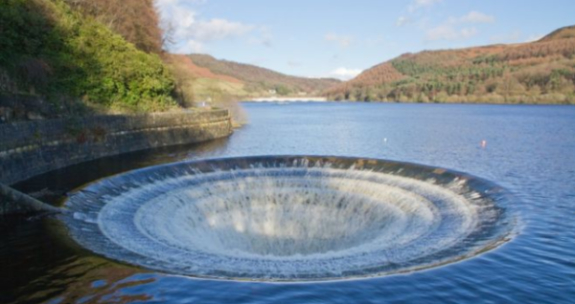 England is facing water supply shortages by 2050 unless rapid action is taken to curb water use and wastage, the Environment Agency has warned.

Its new report says enough water to meet the needs of 20 million people is lost through leakage every day.

Population growth and the impact of climate change are expected to add to supply pressures.

The agency wants people to have a personal water target and has urged them to use water more wisely at home.

The study, the first major report on water resources in England, says that population growth and climate change are the biggest pressures on a system that is already struggling.

In 2016, some 9,500 billion litres of freshwater were taken from rivers, lakes, reservoirs and underground sources, with 55% of this used by public water companies, and 27% going to the electricity supply industry.

But in addition to the 3 billion litres a day that are wasted through leakage, there is a considerable price being paid in terms of the sustainability of these supplies.

According to the Environment Agency, extraction of groundwater – the water beneath the earth’s surface – is not at a sustainable level for 28% of groundwater bodies and up to 18% of surface waters.

A year earlier in 2016, unsustainable extraction meant that at least 6% and possibly up to 15% of river water bodies did not achieve “a good ecological status or potential”.

The majority of chalk streams also failed to meet that standard, with over extraction of water being responsible in a quarter of the streams that were tested.

“We need to change our attitudes to water use,” said Emma Howard Boyd, the Environment Agency chairwoman. 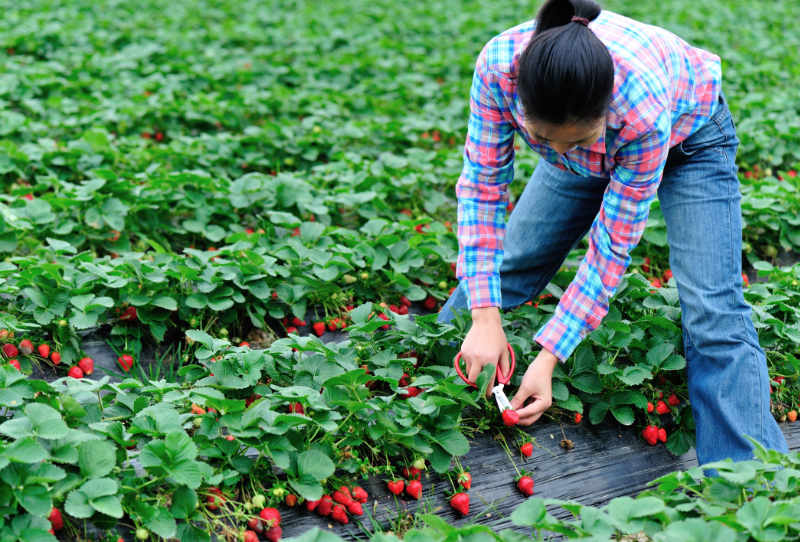 British farmers will be allowed to recruit 2,500 non-EU migrants a year under a new government pilot that will help alleviate an anticipated shortage of seasonal workers after Brexit.

The National Farmers Union has called for a special arrangement for short-term workers amid growing concerns over crops being left to rot on British farms because of a shortage of labour.

Under the new scheme, which will run for two years from next spring, non-EU nationals who travel to the UK to work on fruit and vegetable farms will be able to stay for six months before returning.

Unveiling the plans, Home Secretary Sajid Javid said: "British farmers are vital to the UK's economy - and the government will look to support them in any way we can.

"This pilot will ensure farmers have access to the seasonal labour they need to remain productive and profitable during busy times of the year.

"I am committed to having an immigration system that reduces migration to sustainable levels, supports all industry and ensures we welcome those who benefit Britain."

Environment Secretary Michael Gove said the government has listened to the "powerful arguments" from farmers about the need for seasonal labour to keep the horticulture industry productive and profitable.

He said: "From lettuce in East Anglia to strawberries in Scotland, we want to make sure that farmers can continue to grow, sell and export more great British food.

"This two-year pilot will ease the workforce pressures faced by farmers during busy times of the year.

"We will review the pilot's results as we look at how best to support the longer-term needs of industry outside the EU."

The news was welcomed by Minette Batters, president of the National Farmers' Union, who described it as a "major victory".

She said: "It follows two years of evidence from the NFU, growers and MPs that a shortage of workers has been hampering food production, and is recognition from the Government that British horticulture is a successful, thriving sector which faces some unique challenges but is capable of producing more great, healthy British fruit and vegetables for people to eat.

"Farmers and growers have seen worker availability tighten significantly in recent years, with the shortfall so far this year reaching 10 per cent.

"Growers will take great confidence in knowing that they will have access to workers for the 2019 harvest, during what have been extremely testing and uncertain times for the sector."

The first seasonal agricultural workers scheme was introduced in response to labour shortages after the Second World War.

Under the last such programme in the UK, fruit and vegetable growers were allowed to employ migrant workers from Bulgaria and Romania for up to six months at a time.

The route was closed at the end of 2013 when restrictions on nationals of the two eastern European countries working in Britain ended.

Two scheme operators will run the new pilot, overseeing the placement of workers and ensuring they reach their place of employment and leave the UK at the end of their visa.

The Home Office said it would be a tightly controlled regime, with return rates carefully monitored and provisions in place to close the route if it presents a threat to immigration controls.