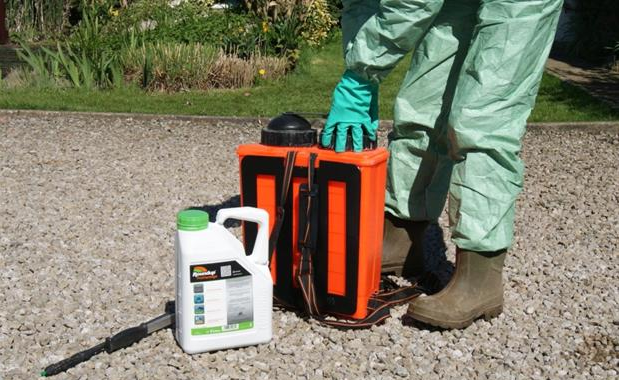 Monsanto is warning growers, gardeners, grounds staff and grounds maintenance and amenity contractors to take action now to prevent herbicide resistance in the UK, after two plant families and six species were declared resistant in France.

Most of the incidences of resistance have so far been as a result of spraying in perennial crop areas, such as nuts, citrus fruit, olives, apples and grapes. European growers have relied on glyphosate as a cheap and reliable herbicide across millions of hectares of crops, increasing the likelihood that resistance would develop, says Monsanto technical development manager Barrie Hunt.

“In Europe we ask them: ‘Have you thought of using cultural techniques?’ They look at you like you’re from Mars.” he adds.

“Over here we tend to be a bit different. So far, behaviour has been better. Growers mix in non-chemical methods and leave grass strips between crops. In Israel there have been instances of resistance in roadside vegetation because of an over-reliance on a single product.”

Hunt points out that in the UK those responsible for railways are very conscious of this and, working with Monsanto, have instituted programmes to prevent the same happening here.

However, that does not mean resistance could not happen in the UK. In fact, it already has. In the 1960s, annual broadleaf weed groundsel developed a resistance to the two main herbicides in use at the time — simazine and atrazine. “Resistance in the amenity sector is not unknown,” says Hunt.

“We don’t want to do it again and we need to be ensuring we keep it out of water. We have lost a lot of freedom because of water. If you are appropriately trained and you use the right equipment then you should be spraying in an effective way.”

Mixing herbicides is one way to prevent resistance, although there are few alternatives to glyphosate left available. Residual herbicides flazasulfuron chikara and diflufenican can be mixed with glyphosate in areas where you do not want regrowth, Hunt advises. Mixing ratios will depend on the vegetation and the result desired.

Unlike glyphosate, which is absorbed by the plant and gets to work then and there, residual products remain in the top layers of the soil and are broken down by soil microbes. “They are a different mode of action and come from different families,” says Hunt. “You’ve always got to think, what are your options?

“By mixing the different modes of action it means you are hitting weeds in different ways. If all you ever do is hit it with group G (glyphosate), we’re putting a massive selection process in these weeds to find the ones that are resistant to group G.”

While using mixes costs more, it may enable you to spray less, Hunt suggests. A spraying schedule in a typical season might be: early in the growing season (e.g. April/May); an optional spray in late June/July; and a final spray in August/September. But using a chikara and glyphosate mix will reduce germination and probably allow one spray to be removed in the summer, says Hunt. “The cheapest thing to do is spray some Roundup and not think. We want people to think,” he insists.

Non-chemical methods such as hot water, foam and wire brushes as well as traditional weeding also have their place at times, he adds.

When chemicals are used it is absolutely essential that they are applied at the optimal time during the growing season and when the weather is suitable. Currently during a long period of dry weather there is no point in spraying, says Hunt, because vegetation is closed up rather than growing.

The next step is monitoring, in all instances, he adds. “Whatever method of weed control people use, whether they are working on grounds or on parks or private areas, it’s vitally important that they monitor what they do.”

Glyphosate is not a fast-acting substance. He recommends waiting two weeks after spraying broadleaf weeds such as dandelion, chickweed and thistle, and a month for grasses before going back to assess progress.

He suggests checking the treated areas in the same scientific way glyphosate should be applied. If you have treated a small area you can check all of it, whereas if the area is large it might pay to choose some representative sample areas of different types of terrain.

“By assessing you should be able to find out a couple of things — have you had any issues and what are they,” says Hunt.

If sprayed areas have not been killed off, first check that the chemical has been applied correctly and that equipment is appropriately calibrated. If that is not the issue, can the weather have had an impact? Hunt says glyphosate should have penetrated broadleaf plants such as docks and thistles within an hour, but annual weeds need four-to-six hours of dry weather to be effective.

Some light showers three or four hours in, may not impact the herbicide’s effectiveness but heavy rain will wash it away. It is not acceptable to spray in the rain and nobody should do so, although Hunt says it still happens.

If you are certain that everything has been done correctly and the glyphosate should have worked but has not, contact your supplier, says Hunt. They will then likely get in touch with Monsanto. Hunt is often called on to investigate possible glyphosate resistance. He says it is very important to identify any loss of control early.

He adds that an effective monitoring programme is also useful in general as part of good herbicide application practice.