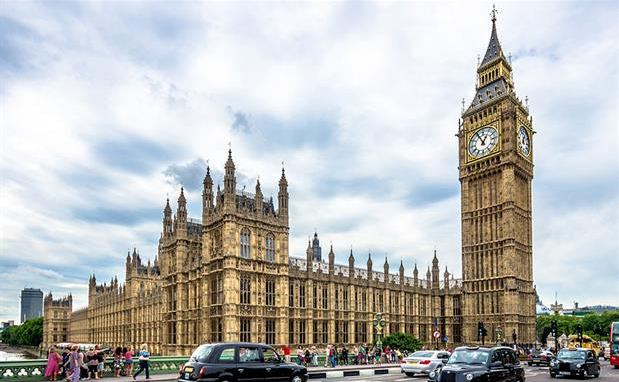 Three presentations in Parliament from the horticulture industry this spring and summer have summed up how the Government could help – by giving incentives to grow, creating a new seasonal workers scheme and supporting biosecurity and apprenticeships.

The ornamentals round table representatives presented at the first session in April, looking at import substitution and bio-security. At the second session, held at Parliament on 15 May, five academics specialising in horticulture, medicine, green space, science, robotics and plant health, plus industry participant Charles Carr of Hillier, discussed the future of horticulture science and innovation. The final meeting, on 11 July, discussed education and training.

As ever, the horticulture industry is seeking practical Parliamentary support to deliver joined-up thinking across departments to recognise, promote and fund aspects of the sector.

The loss of lobbyists Raoul Curtis-Machin of the HTA and Amy Gray from the NFU came during the process, but successors Sally Cullimore, Alastair Yeomans (both HTA) and Rupert Weaver (NFU) are stepping in.

The ornamentals round table was behind the agenda, and parliamentarians including Iain Liddell-Grainger MP, Lord Kirkwood, Baroness Fookes and Lord Framlingham heard much of the evidence presented. The All-Party Parliamentary Gardening & Horticulture Group will receive a report ahead of its annual parliamentary reception on 29 October.

Biosecurity can be improved through import substitution, but only if the horticulture industry is given incentives to build sustainable glass, introduce more mechanisation and improve skills, parliamentarians heard during the first session in April.

Curtis-Machin said hardy nursery stock imports and home production are both at £300m a year so there is scope for import substitution post-Brexit, given the right incentives.

Caesar said Ball imports 25-30% of its plants into the UK and Fraser said Oakover imports up to 10%. Caesar said the imports are needed because the nursery does not have enough space and he would like to see incentives to help growers expand sustainable production space. The industry wants to grow more in the UK but needs investment and time to build infrastructure, he added.

The Plant Health Assurance Scheme being trialled by the HTA would ensure traceability and hygiene and improve risk management of issues such as Xylella. Frictionless trade would also ensue.

On labour, Curtis-Machin said UK production skills are high but “what’s lacking is investment from Government”. The Government has a replacement seasonal agriculture workers scheme ready to go but Brexit is holding it up and “we are starting to see some [labour supply] concerns”, he added.

He said zoning areas for horticulture to smooth planning applications, help mechanisation, encourage efficiencies of infrastructure, labour and transport, and give confidence to expand would be welcome.

Fraser said confidence is key and he would like financial incentives in the form of direct capital grants, tax relief and support for training.

In the second session, held in May, on the future of horticulture science and innovation, RHS science director Professor Alastair Griffiths said horticulture as a whole, with Government support, could increase its contribution from £13bn to £18bn a year in a decade, but there is no “roadmap”, partly because of a lack of data.

One piece of research revealed during the inquiry was a £50,000 round table industry sizing data project run by Oxford Economics. This will give a better evidence base to Government so the industry can request research and development funding to expand post-Brexit. Import substitution could be worth £300m a year.

Clover also wants the formation of a cross-sector governance group like the Biosecurity Ministerial Advisory Committee in New Zealand to ensure that biosecurity regulation is consistent and risk-based for everyone, including internet importers. He would also like compensation and/or insurance schemes.

AHDB Horticulture board member and Binsted Nurseries director Martin Emmett said official careers guides give poor perceptions of horticulture. The National Careers Service guide “is fundamentally incorrect” when it lists agri-tech salaries at £25,000 and skilled horticulturalists at £19,000 alongside possible IT salaries of £40,000.

He said the ornamentals round table and AHDB are surveying skills requirements in the sector to help give evidence about what training is required. Oxford Economics and Pye Tait Consulting are also surveying landscaping skills shortages.

He also suggested that apprenticeship levy money should be given to help students with travel and accommodation. The levy only applies to 2% of sector employers and there is “growing concern” about small businesses’ apprenticeship funding, he added.