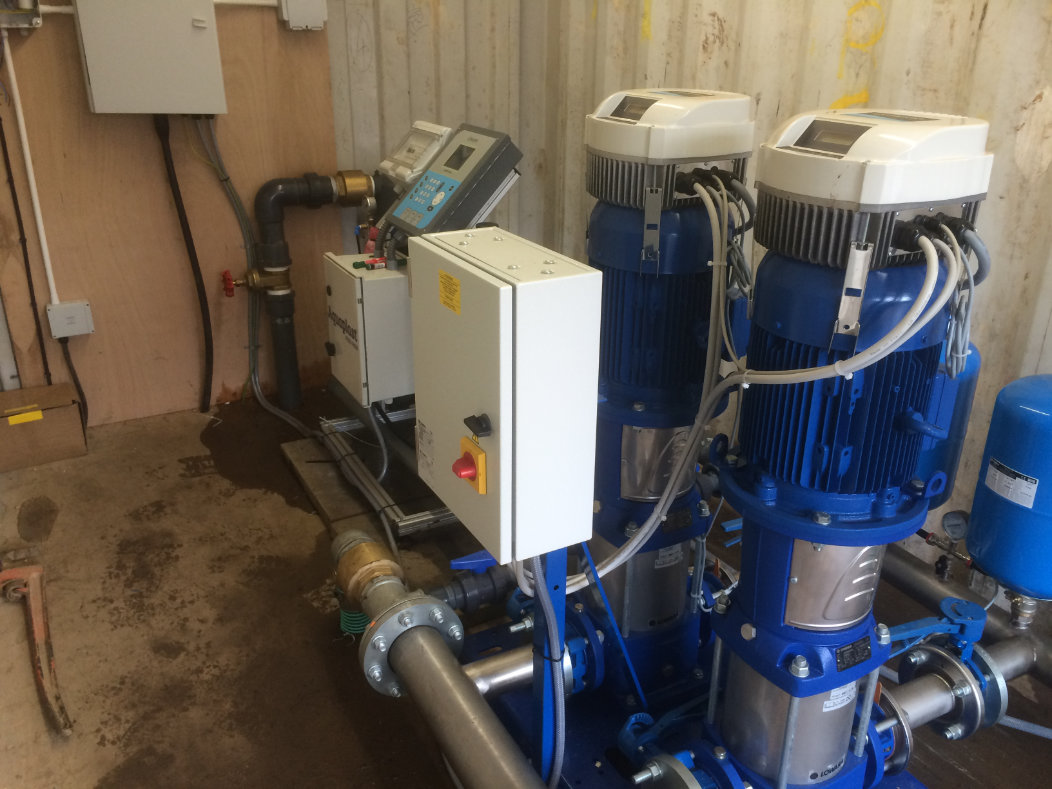 3 years ago the McIntyre’s brought together a new project for strawberries on raised beds and under polythene. They provided a new pump house and RA supplied a new twin pumping system with speed control from Lowara and a two fertiliser plus acid injection system.

After two seasons the farm was ready for expansion onto a new field along with a new crop of raspberries. Of course NDJ drip products were selected primarily because of their superior technical performance in a difficult terrain. The resultant uniformity has continued the great results from year one.

At the beginning of 2018 the rig was upgrades from a 2 + 1 to a 4 + 1 rig. This allowed two separate mixes of fertilisers to be created within the pump house. So each recipe did not mix with the other a separate header pipe along with control valves was designed and installed.

This is the advantage of Ripple Aquaplast systems insomuch that they are designed with growth in mind so can be added to and developed as the cropped area grows, or the crop changes or indeed, growing ideas change.