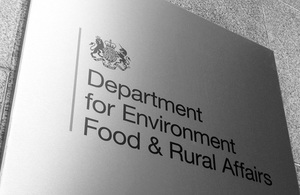 The Government needs to provide much more detail on its post-Brexit farming policy if its twin aims of increasing farm competitiveness and enhancing the environment are to be met, according to a new report published this week by the parliamentary Environment, Food & Rural Affairs Committee. The report, The Future for Food, Farming & the Environment, is the committee’s response to the Government’s Health & Harmony consultation and calls on the Government to ring-fence funding for farming post-Brexit.

The committee’s chair, Neil Parish MP, says: “The Government should consider new support mechanisms, ensure that trade agreements demand that imported products meet our standards and avoid a regulatory race to the bottom.” He adds that without more clarity on funding, delivery and timing, the Government “risks not achieving its ambition and damaging the sector”.

In preparing its report, the committee took oral evidence from six panels of witnesses and written evidence from 39 organisations, as well as questioning farming minister George Eustice. It has already addressed the issues of farm labour and food trade separately.

The committee complains that “witnesses could not speculate on the precise effects of the withdrawal of direct payments, but were clear that the effect would be quite large”, adding: “We had hoped that Defra’s consultation would have used a comprehensive sectoral assessment of the impact of withdrawing direct payments to help design its new agricultural policy.”

Several witnesses have warned of the dangers of a lack of continuity in farm support during this switch over, while the NFU says of current environmental schemes: “We have to see them through the next few years. We cannot just cut them off. There are five- to 10-year contractual agreements.”

NFU deputy president Guy Smith adds: “It is imperative that the agri-environment schemes going forward are attractive to farmers, not just financially but also in terms of faff, paperwork, clarity or confidence in them.” Describing current greening measures under the Common Agricultural Policy (CAP) as “hopelessly bureaucratic and very dysfunctional”, Eustice says: “As we design a new scheme, we are going to move away from that type of approach and focus on the delivery of outcomes.”

But the committee warns: “Defra has a huge task to ensure a lead agency and national framework are in place to start delivering its policy based on public goods.”

On alternative means of future farm support, the committee’s report urges the Government to “produce a farm productivity plan by May 2019 that investigates new tax breaks, advice centres, capital grant support and the successor to the agri-tech fund”.

It also calls on the Government to “ensure that trade agreements always prevent agri-food products that do not meet our environmental, animal welfare and food standards from entering the country”.

The report also says Defra’s consultation paper “has failed to consider wider food policy with public impact such as reducing diet-related diseases”, adding that the Government “should support healthy food in payment models to farming and bring forward changes to Government buying standards and ensure use of healthy, affordable and British food in Government procurement”.

Professor Tim Lang from the Centre for Food Policy at City, University of London told the committee this absence marked “a total failure of this paper”, adding: “We are not producing apples and pears, and horticulture that we need for public health reasons. We need a huge investment in colleges, infrastructural support and research to encourage a completely new and revitalised British horticulture industry.”

Similarly, Vicki Hird, policy co-ordinator at food and farming pressure group Sustain, argues: “We can repair that harm that the CAP did by investing and helping farmers to convert to top fruits, to other types of field vegetables, etc. That would diversify production and provide the 30 million new portions of fruit and veg that we need to deliver the seven-a-day we need to be eating.”

Several others also argue that the provision of healthy, safe and affordable food is a “public good” and should be funded as such, though the committee notes: “Subsidising food production is strictly constrained by World Trade Organization rules.”

Eustice argues: “The right thing to do is to reward farmers from the public purse for the public goods they deliver and to expect the market to pay a fair price for food, which reflects the cost of production — rather than tax the consumers, give a subsidy to farmers and then have food at an undervalue.”

AHDB chief strategy officer Tom Hind warns that increasing farm productivity is “absolutely critical” to delivering the Government’s aims, adding: “The average rate of productivity growth in UK agriculture and horticulture over the last 10-15 years is about 0.9% a year, whereas in the Netherlands it is around 3.9% a year.”

The AHDB also argues for a “one-stop shop for evidence, advice and knowledge that is independently and objectively verified”. Heeding this, the committee is calling for “a farm productivity plan by May 2019 at the latest” to help boost uptake of new technologies on farms, devise new tax breaks to assist farmers to invest in technology and to improve rural mobile and digital infrastructure.

It concludes with a warning: “Without clarity on funding, timing and delivery of the future agricultural policy, there is a risk that Defra’s welcome ambitions will not be met.”

We do not yet have a guarantee that the EU Fruit & Veg Scheme (FVS) will be continued or replicated post 31 March 2019. UK fruit and veg producers would survive without the FVS, as evidenced by the fact that many producers are not in POs [producer organisations]. However, smaller businesses would fail and only the largest businesses with multinational production and in-house marketing capability would prosper. UK growers would also be at a disadvantage compared with EU growers, who predominantly are in POs. Reducing diet-related illness and premature death is a public good, and increasing vegetable and fruit consumption is critical to achieving that public good. Fruit and veg should represent 40% of our diet and yet fruit and veg growers only receive 1% of current Government funding on farming. All producers who produce in an efficient, sustainable and environmentally sound manner should be eligible for support.