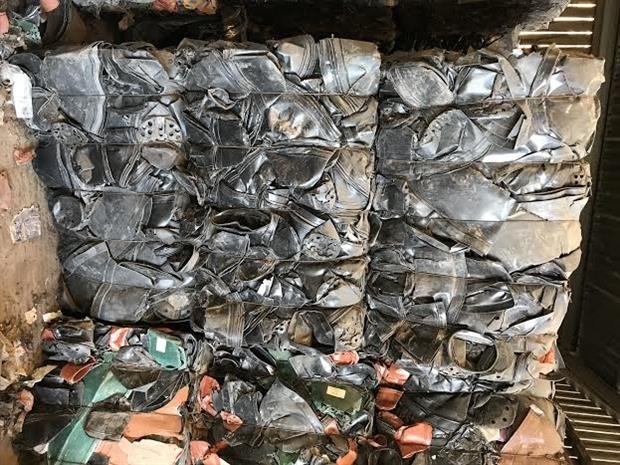 A tax on non-recyclable plastic currently under consideration by the Treasury needn’t be bad for horticulture if the government uses the extra revenue to improve the plastic recovery facility infrastructure, Modiform EcoExpert retail and industry manager Shaun Herdsman has said.

The Government wants to tax non-recyclable plastic to encourage a switch to more environmentally-friendly materials, with costs passed on to consumers.

Measures under consideration include what the government calls “smart, intelligent incentives” and a levy on manufacturers and some disposable plastic products to be introduced in the Autumn Budget on 22 November.

The Treasury said it wanted to promote the greater use of recycled plastic in manufacturing, discourage plastics that are difficult to recycle (such as carbon black plastic) and reduce demand for single-use items, including coffee cups and takeaway boxes.

Herdsman, who was awarded the Business Innovation Award at this year’s Horticulture Week Business Awards for his work on developing plant pot alternatives, said:

“All of the plastic materials used in horticulture (PS, PP & PET) can be recycled, so why aren’t they? One reason is the MRF’s and PRF’s (Plastic Recovery Facility) infrastructure isn’t good enough to cope with the amount and variety of waste. There are IR sensors on the market now that can detect ‘carbon black’ plastic, but the cost of implementation across the country would be huge. Another reason is that there just isn’t the demand for the recycled plastic, so it isn’t cost effective. The taxation won’t be a bad thing if the government uses the extra revenue to tackle these issues.”

The tax will target ‘single use, bad or hard to recycle plastic’. While there is a question mark over whether the plant pot is single use or not, black plastic trays used to transport plants from growers to retailers and black plastic bedding packs are “certainly single use products, which could get effected by the impending tax,” said Herdsman.

“If the tax is imposed on plant pots, transport trays and bedding packs the prices of these items will rise across the industry. The rises will be passed down from manufacture to grower, grower to retailer and retailer to consumer.” He said it is unlikely retailers will take a price increase and that will put pressure on growers to absorb the difference.

He said plant pot material is already around 99.9% recycled waste from post-consumer and post-industrial supplies: “In horticulture we are doing a good job in using the plastic waste generated.

HTA president Adam Taylor says a potential tax should lead to a debate about its knock-on effects, for instance about plastic use in the food industry for hygiene reasons.

He added that the PR will push people into making changes but he says there needs to be a “big debate” on what alternative materials are the best.”

Taylor said: “We’ve had the sugar tax. This one is next in line.”