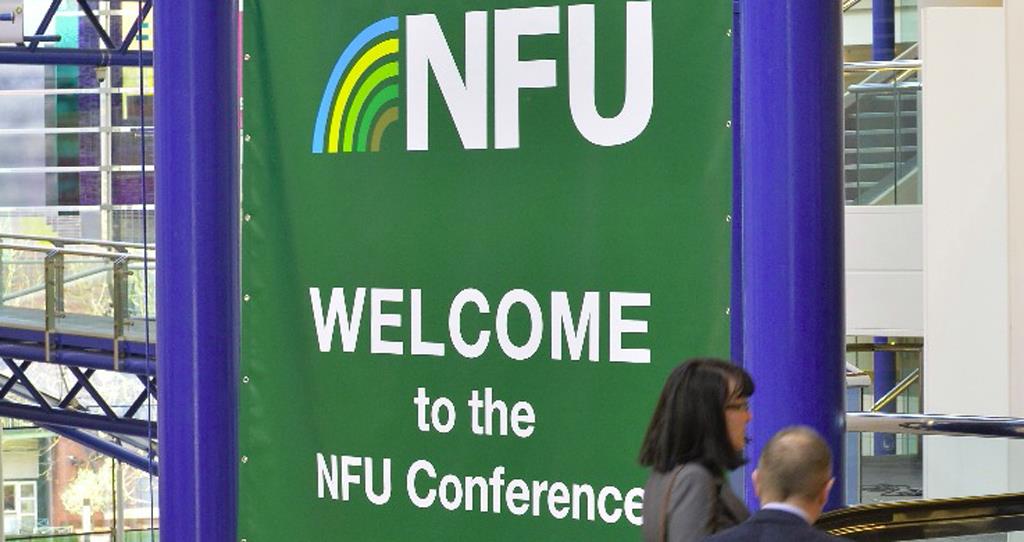 Michael Gove refused to announce a seasonal worker scheme at the NFU conference today, in the face of mounting pressure from farmers who face a labour shortage.

In front of an industry desperate for clarity on their future, the closest the Defra secretary of state came to an answer was the promise of a releasing a consultation paper “shortly”.

In his speech Gove recognised the plight of farmers struggling to recruit seasonal workers to pick and harvest fruit and vegetables, despite repeated interrogation from the audience and journalists. “Farming currently depends on access to labour from abroad – both seasonal and more permanent,” Gove said.

It’s already the case that the supply of labour from EU27 countries is diminishing as their economies recover and grow. So, in the future, we will need to look further afield. And think more creatively. We understand, however, that you need to see action quickly. Not least to deal with imminent pressures. The NFU has put forward strong and compelling arguments for a Seasonal Agricultural Workers Scheme and I fully acknowledge your concerns. In addition, the Government’s Migration Advisory Committee are reviewing the shape of immigration policy after we’re free of EU constraints. I’ve explained to them that we will need continued access to skilled labour if we’re to keep our framing sector productive and profitable.

When pressed for detail on a future scheme by NFU horticulture chairman Ali Capper, who described the situation as “mission critical”, Gove said he was consulting Home Secretary Amber Rudd. “I understand that for growers it’s mission critical,” Gove said. “Across the UK the demand for clarity on labour is powerful. “Sometimes there are organisations when they mount a campaign to have a tendency to exaggerate. I know that’s not the case here, the arguments have been heard. I hope you can see more shortly.”

Gove later told journalists he wasn’t “embarrassed” by a lack of strategy in the face of press questioning. “There was quite a lot of detail, and there’s more to follow,” he said. “The lead department on migration is the Home Office and they will decide on this. The government is a collective endeavour and I’m bound by collective responsibility.”

Labour and Co-Operative MP David Drew said the government’s lack of clarity on seasonal workers is “unacceptable”. Drew said: “We have got to put something in place, if not for this year, it’s already too late, but for next year.” Gove’s speech turned out to be little more than an appetiser for an incoming report, which he announced would be released “shortly” and would reveal policy direction. “Our consultation paper will outline how we plan to change things more broadly,” he said. “The paper will outline a clear direction of travel on how we can better deliver support. But it is a consultation not a conclusion.”

He echoed PM Theresa May in support of a tariff free trade deal with EU going forward, dismissing talks of tailbacks and chaos in the event of a no deal Brexit as “scare stories”. “With countries like France, Netherlands and Republic of Ireland, their access to tariff free UK matters even more to them than it does to us to ensure frictionless trade, he said. “We’re not going to try to undercut them to secure a competitive advantage by deregulating. We are in a strong position to secure a good deal. Of course there will be speculation and scare stories, but we believe it is good to get a frictionless, tariff free deal with as few barriers as possible.”

Gove also told farmers that he would be looking to reforming farming subsidies after leaving the EU, calling them “unwieldy and counter-productive”.

Leaving the EU also means – critically – reforming the current system of subsidy for farming and food production. As we all know it doesn’t work for producers or consumers anywhere in the UK. Nor indeed does it deliver sustainability for the long term. Paying people simply according to the size of their landholding drives up the cost of land, which ties up capital unproductively and acts as a barrier to entry to new talent, impeding innovation and holding back productivity growth.

In some of his clearest statements, Gove suggested they would be rolling out more high speed broadband in rural areas, as well as simplifying the farm inspection process.

Despite several recent attempts at simplification, remains as unwieldy as ever. Every year, farmers are confronted by a barrage of inspections from different agencies, often duplicating costs in both time and money, I am delighted to announce that Dame Glenys Stacey will be conducting a thorough and comprehensive review of this regime, seeing how these inspections can be removed, reduced or improved to reduce the burden on farmers, while maintaining and enhancing our animal and plant health standards.