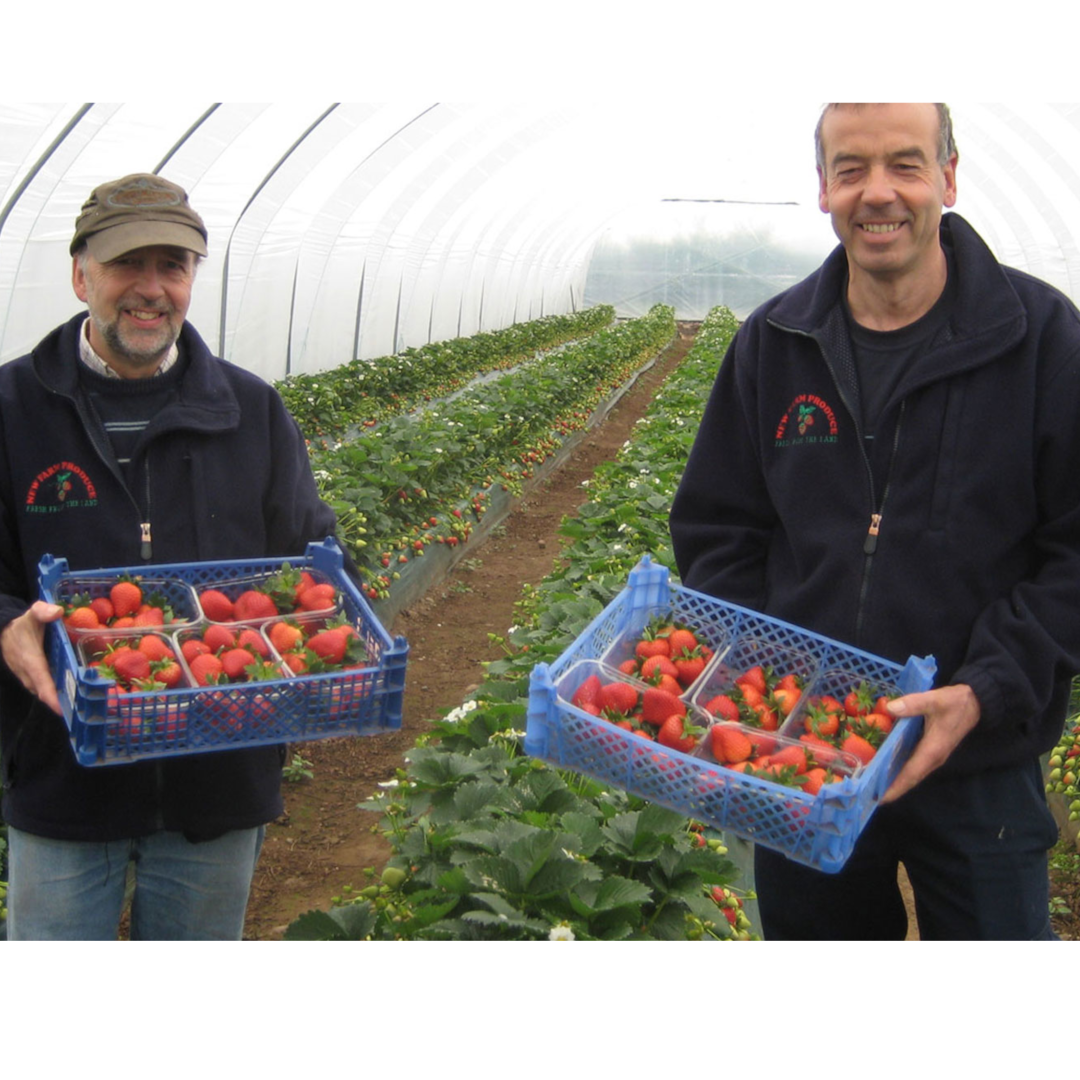 The present owners, David and Stephen McGuffie are third generation at the farm which started in 1960. Known throughout the horticultural industry, New Farm has won a multitude of awards including – Food and Farming Business Award 2013, Grower of the Year Award 2011 for Innovation, 2008 for Turning Science into Practice and 2003 as Soft Fruit Growers. With Paul McGuffie as an established member of the management team, the fourth generation is already in place.

“Our business is very involved with irrigation trials work, the technical help and support provided by Ripple Aquaplast has been invaluable in this work. Ripple Aquaplast (formerly Aquaplast) have supplied irrigation equipment to New Farm Produce for more than 25 years. They have consistently provided a high service level, giving us the confidence to know that when an emergency arises they respond very promptly. Their technical support has helped us to deliver very efficient irrigation systems for our crops using quality products supplied by Ripple Aquaplast.”